Chainlink (LINK) has surged 10% higher in the past 24 hours, regaining strength while Bitcoin and Ethereum consolidate in the middle of their ranges.

The popular altcoin is poised to press higher in the days ahead according to a number of analysts, who argue that the fundamentals of Chainlink remain strong.

This rally comes as the Smart Contract Summit hosted by the Chainlink team is taking place. The event is focused on “learning about the future of smart contracts and DeFi with other passionate community members and get inspired about what the best DeFi developers are building today.”

Related Reading: These 3 Trends Suggest Bitcoin Is Poised to Bounce After $1,000 Drop

Chainlink Could Soon Move Higher, Even After 10% Jump 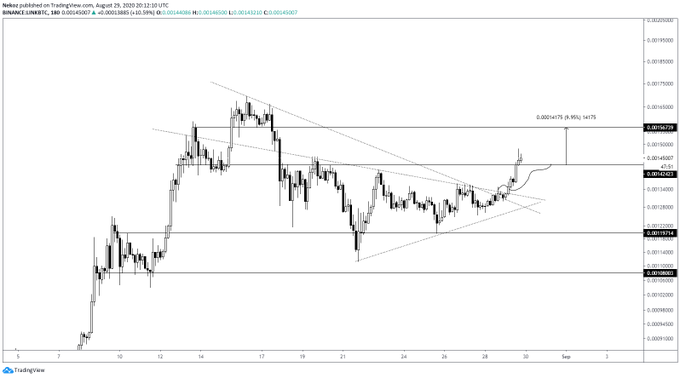 A number of analysts agree with this sentiment, with others pointing to the bullish state that Chainlink’s U.S. dollar chart is currently in.

These bullish technical trends come shortly after LINK formed a positive on-chain signal as per Santiment, a blockchain analytics firm:

“$LINK hit an all-time high yesterday in daily active addresses. This came in tandem with an #altcoin decline that sent it down to $13.49. Now back at $16.10, the classic bullish divergence that formed from an ATH in DAA is coming to fruition.” 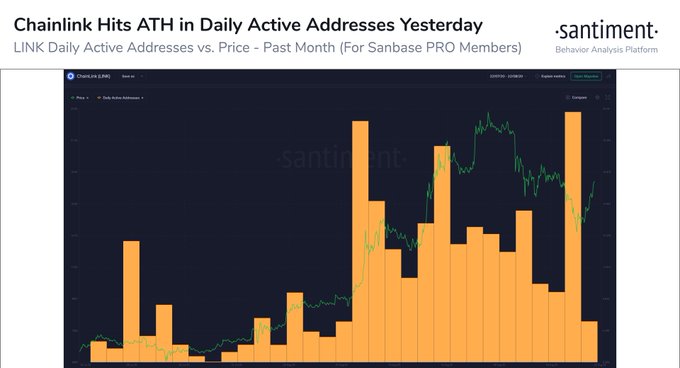 Kelvin Koh of The Spartan Group, a crypto hedge fund based in Hong Kong, thinks that the ongoing move higher in LINK and BAND will materialize in a move higher in all DeFi-centric assets.

“Oracles led the previous leg of DeFi rally on the way up and then on the way down. If today’s move in…

The overall cryptocurrency market remains in its monthly lows but showing signs of finding support. Amidst developing regulations and incoming investment, cryptocurrency continues to progress into mainstream adoption. At press time, 77 out of 100 […]

May 5, 2019 admin Blockchain Comments Off on Warren Buffett Calls Bitcoin a ‘Gambling Device’

Warren Buffett has come out with another restatement of his negative position on Bitcoin espousing sentiments with the usual labored anti-BTC buzzwords. Warren Buffet Says Bitcoin ‘Doesn’t Do Anything’ Every so often, the Oracle of […]