It’s been a tough past few days for all altcoins. Polkadot (DOT), especially, has suffered. The native digital asset of the Polkadot ecosystem has shed a few percent in the past 24 hours but is down 10% from its weekly highs.

The cryptocurrency’s correction comes as Bitcoin, Ethereum, and especially altcoins have inched lower.

While BTC remains in no man’s land from a technical perspective, DOT is reaching a point where it could face a severe correction if it drops under a crucial support level. The support level has held multiple times over recent weeks, suggesting a loss of the level would be disastrous for bulls.

One cryptocurrency trader shared the chart below on October 3rd, noting that DOT is primed to move below the $4.00 support level, which has held as a daily level of support on at least five occasions over the past month.

Should DOT lose that level, which marks the bottom of a textbook descending triangle, it could face a correction into the $3.00 range, the trader who shared the
chart below noted.

“Almost a week later but we got another touch of trend resistance followed by another tap of support. Doesn’t look good. HTF is so important to any trades I make right now. I cannot stress this enough. No interest in anything less than 4H/1D!” 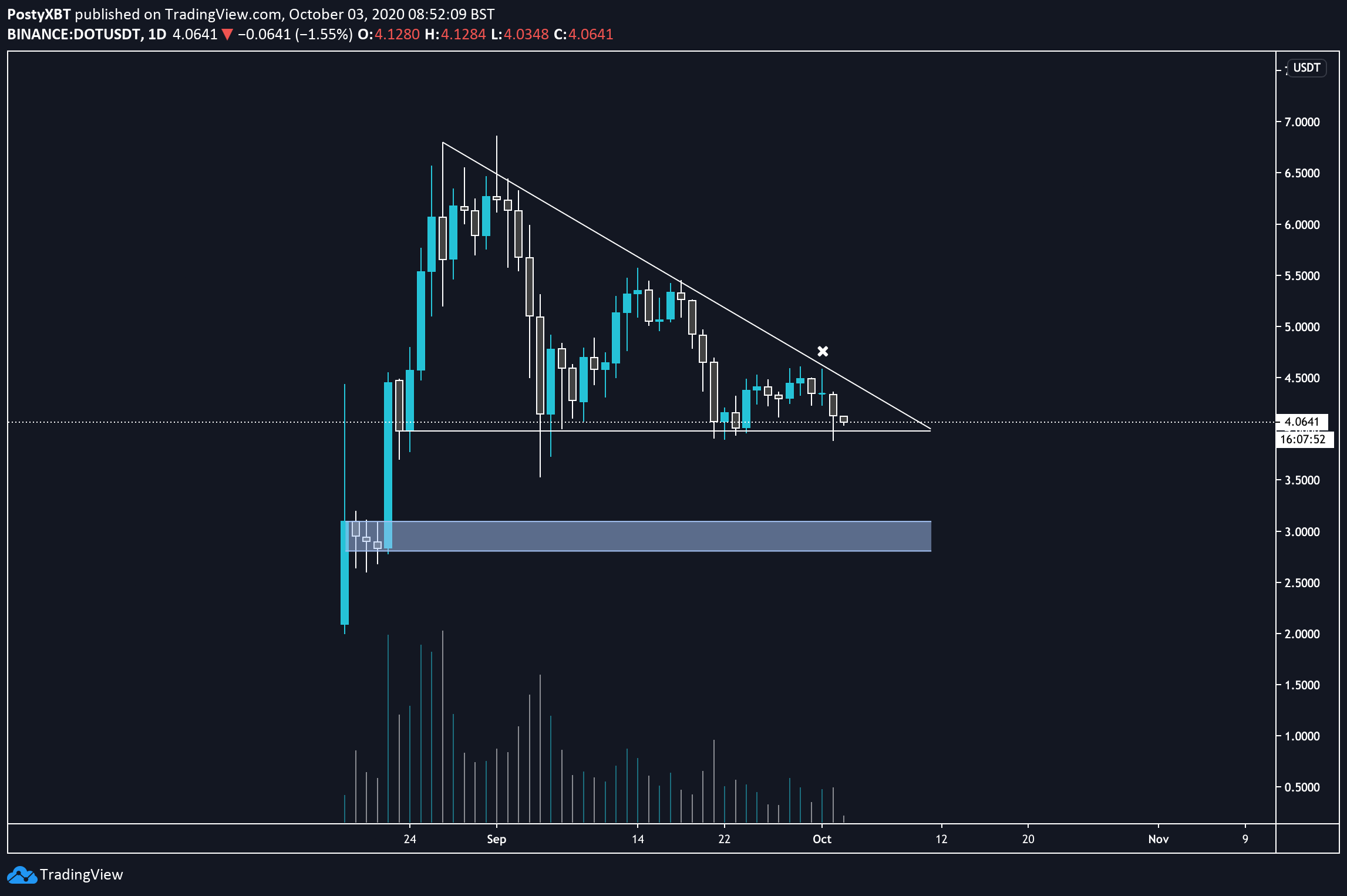 This concern was echoed by a number of other analysts, who also noted that DOT losing the support of $4.00 could result in a decline into the $3.00 range, then potentially even lower if there is enough sell-side pressure.

Demand for ‘Internet Dollars’ to Increase

March 16, 2020 admin Exchanges Comments Off on Demand for ‘Internet Dollars’ to Increase

BTC is moving fast towards $5,000; DASH is growing

All major coins are rangebound with a bearish bias on Wednesday DASH is the best-performer with 16% gains on a daily basis. The cryptocurrency market has resumed the sell-off. While Bitcoin and all major altcoins are […]

Cryptocurrencies like Bitcoin or Ethereum are new, emerging financial technologies and assets. The unfamiliarity with the new technology can make getting started in crypto seem like a daunting process. A handful of companies, however, provide […]